Possibly first coined in 1944, “Disgusted of Tunbridge Wells” is a pseudonym of a griping writer, who sends letters and complaints to a local newspaper in the typical Middle England town of Tunbridge Wells. The writer had strong traditionalist political views about the town. Nowadays, the phrase is used to describe any stereotypical vocal and ill-tempered person. But if ever you’ve been to Royal Tunbridge Wells, you know that there is nothing to be disgusted about. The place offers Kentish town and country at its best.

Why it is “royal”

Tunbridge Wells is one of only a few towns to be recognised in England with the designation “royal.” King Edward VII allowed the prefix in 1909 because of his mother Queen Victoria’s patronage of the spa town. Another reason the town received the rare and prestigious royal appointment was in recognition of its connections with the royal family since the Stuart dynasty.

From London, you have to ride a train for only 30 minutes to go to this place. This historic spa town has been visited by people for over 400 years now. Wealthy people used to visit from miles around to take to “the waters” of the town’s wells and springs, which were believed to have healing properties because of their rich iron content. These days, many well-to-do families flock to and stay in the town’s quality accommodation, browse through independent shops of the collonaded Pantiles, visit the farmers’ market, and dine at one of the many restaurants in Tunbridge Wells. The town is all about elevated and elegant lifestyle.

Tourists cannot visit Royal Tunbridge Wells without stopping by the promenade of The Pantiles. This exceptionally classy boutique with beautiful Georgian architecture is probably the best-known attraction in the town. It is a pedestrianised street filled with alfresco destinations such as family-owned businesses, art galleries, cafes, and independent specialist shops. As a finalist in the Great British High Street Awards for 2016 and 2018, The Pantiles has also been used in various films and TV shows.

Board a Steam Train

Royal Tunbridge Wells is a town in Western Kent. It sits close to the border with East Sussex and lies at the heart of the High Weald. The Spa Valley Railway runs steam trains through Kent and Sussex, taking visitors on a picturesque railway journey of picturesque towns, rolling hills, and ancient woods from the beautiful High Weald.

Rock climbing in Kent may be hard to imagine for some visitors since many won’t find any mountains around, especially in Royal Tunbridge Wells. But there is rock climbing to be done. There are several outcrops of sandstone in the Weald just outside the town centre that is popular amongst climbers.

Visit the Stately Homes and Gardens 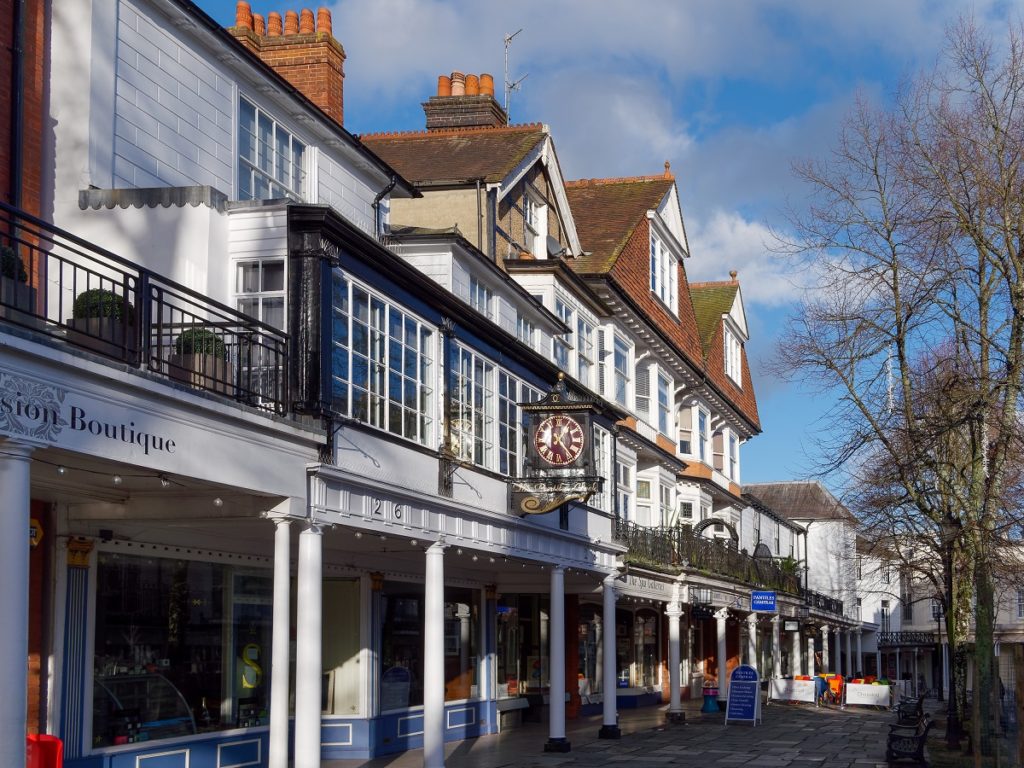 A paradise for history and garden lovers, this corner of Kent has more castles and gardens than in any other area of the UK. Tourists should visit at least one of the many exquisite gardens dotted around town. Any time of the year is a perfect time to visit the gardens. While there are several famous gardens such as Sissinghurst Castle Garden and Great Dixter, there are also several less-known gems waiting to be discovered.

There is plenty to do in the beautiful town of Royal Tunbridge Wells. For over 400 years, this town has been a magnet for royalty and the gentry alike. Nowadays, the town still holds the same elegance and atmosphere that many well-to-do families take to.